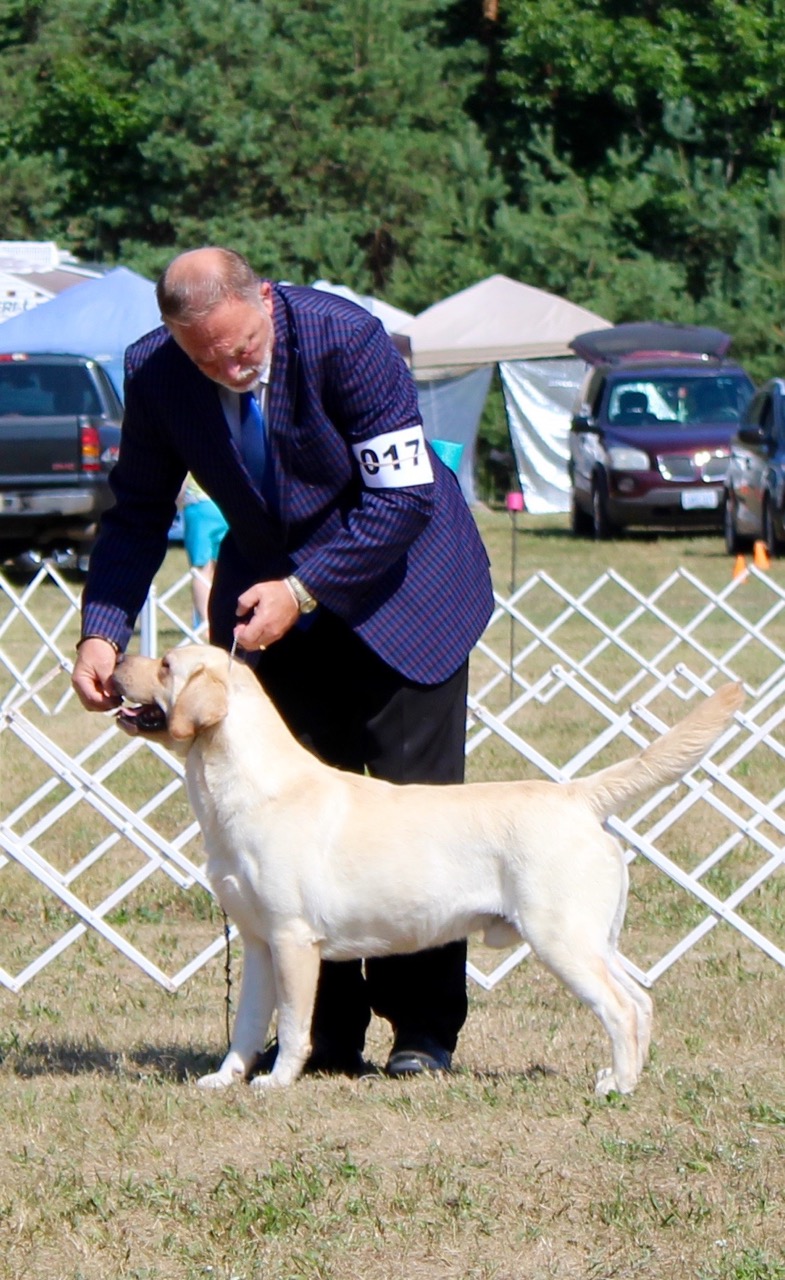 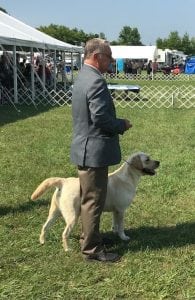 Oh Wally Bear, we can not say enough about this boy we added to our kennel in October of 2016, we have high hopes for this handsome yellow boy, we are so grateful to Gretchen Boss of Breckin kennels in Massachusetts USA, Gretchen we are so thrilled to have this boy and can’t thank you enough for allowing Wally to be here at Asklar, Wally’s dad is the famous Am.Mex.Int.Pol/GrandCan.Ch. Hyspire Who Dat From Breckin WC, and his mom is Breckin’s Lily Of The Valley. Wally Bear is sweet, little stubborn, and makes us smile everyday. WE hope to get this handsome yellow youngster in the show ring this year. Some informal pictures taken Jan 2018, Wally is still growing into himself. Wally Bear finished his Canadian Championship at Muskoka dog show Aug 3rd 2018 under respected labrador breeder judge Bob Rowbotham before turning 2 years old, now he willl start working on his Grand Champion. Wally Bear took Breed at the Barrie dog show and a Best of Opposite, he has now started his points towards his Grand Championship. Pictures to follow soon. He was only out for two weekends showing to get his Championship, we are so proud of our boy. Now working on his Grand Canadian Championship. Wally received his Grand Canadian Championship July 2019.  We are so very proud of our young boy. Pictures to follow. 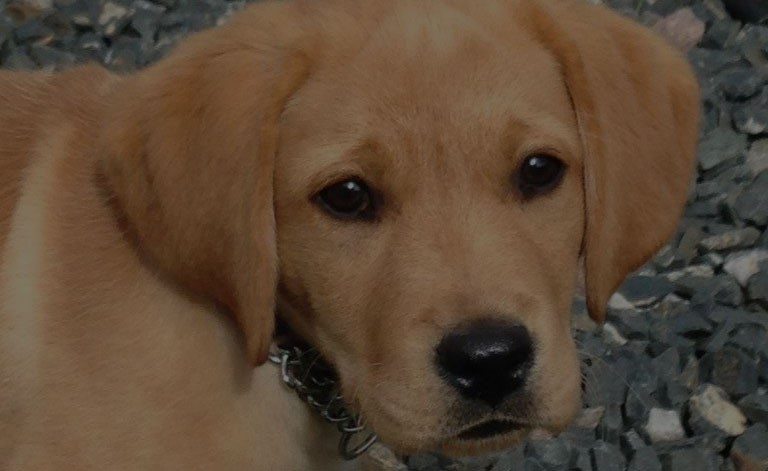 A LABRADOR IS THE ONLY THING ON EARTH THAT LOVES YOU MORE THAN HE LOVES HIMSELF!
NUVET